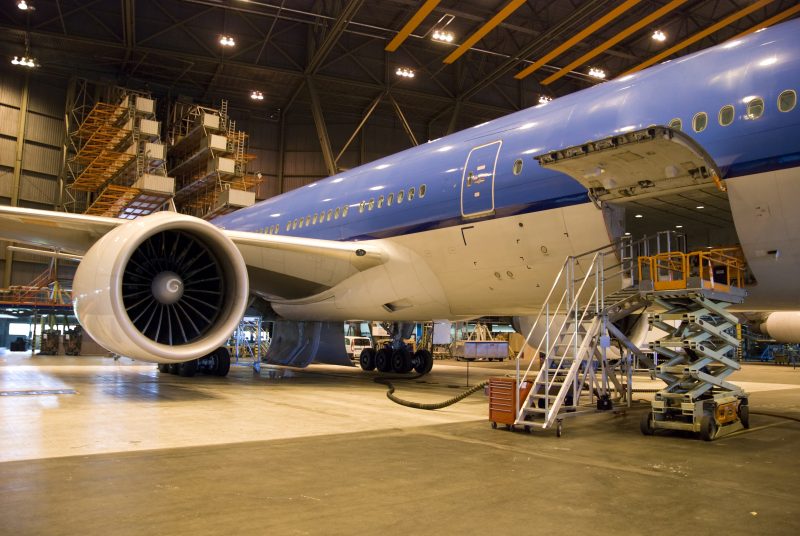 Any metal object is prone to corrosion, and an aluminum aircraft is no exception. While painting an aircraft can help to delay corrosion, the inevitable will happen, and the aircraft must be inspected and serviced. You can recognize aircraft corrosion as a whitish or grey ‘dulling’ of the aluminum, not the typical reddish coloring of rust. This damage eventually progresses into severe pitting, and can lead to destruction of the metal, creating safety issues for flight personnel and passengers. In this blog post I will explain how CloudVisit’s Aviation Maintenance Software can be used to manage aircraft corrosion.

A common procedure of aircraft maintenance is preventing and repairing corrosion. Generally, the development of corrosion depends on several factors. Some of these factors are: how old the aircraft is, the aircraft model, whether or not it was hangared, how often it was cleaned, the quality of work, prolonged aircraft on ground (AOG) situations, and in what type of environment the aircraft was based. Because there are multiple factors, detailed and routine aircraft records should be maintained.

Often, aircraft can be more susceptible to corrosion based on its paint. For example, single-engine Cessna’s built between 1977 to 1982 tend to develop filiform corrosion, a particular type of corrosion under the aircraft’s paint, and appearing as worm-like lines. Aircrafts that have been treated with 7000-series alloys are more susceptible to intergranular corrosion, and once this type of corrosion is detected there is often no saving the effected piece of metal

Some of the most problematic areas of an aircraft are the propeller, cylinder fins, the battery box, piano-type control hinges, and areas around the fuel tank or bladders. On site technicians will inspect the effected areas, then carry out and update the status of each task. Pictures of the aircraft can be stored to the cloud to provide a quality assurance record. This data can be stored for the lifespan of the aircraft and referred back to through the use of CloudVisit’s advanced search functionality.

Enhanced data analysis and customized reports enable inspectors and technicians to identify aircrafts that are more prone to corrosion based on multiple influencing factors. Mechanics can then perform preventative maintenance in these aircrafts to avoid prolonged AOG situations. Enhanced data analysis can also be used to detect patterns and trends in aircraft and aircraft components. If a particular aircraft or model are prone to corrosion, the pattern can be documented and reported to influence future investments.