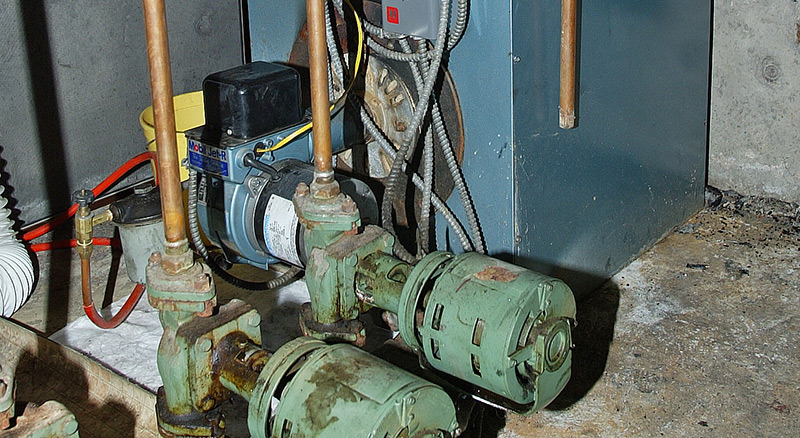 As a result of COVID-19 and modern communication technology, non-destructive testing (NDT) has entered a new era. Contractors have been using Remote Video Inspection (RVI) to examine areas where access is limited by physical size constraints or potential safety hazards for years. Up until recently the term Remote Video Inspection tended to mean just a few yards away at the other end of a borescope. Today, however, due to the advent of improved communications infrastructure, “Remote” can mean thousands of miles away. This brings a new dimension to the use and capabilities of the NDT methods. At its core, CloudVisit Remote Inspection software is a NDT testing solution allowing for Remote Video Inspection.

One of the key types of NDT is Visual Testing or VT. In reality, VT is not a new concept. One of the first documented uses of VT began, as a result of an incident that occurred on March 2, 1854, in Hartford, Connecticut. A boiler that had only been working for about a month at the Fales and Gray Car Works exploded. At least sixteen people died and another 40 were seriously injured during the incident. As a result, the State of Connecticut passed a law that required annual inspection of boilers approximately 10 years later. Ultimately, a new business model was created when The Hartford Steam Boiler Inspection and Insurance Company was founded in 1866 with the mission of inspecting and insuring the safety of steam power apparatus. Inspectors have been wandering around facilities and completed jobsites, while tracking quality status on a physical clipboard ever since.

Today, the big change in Visual Testing, is that the inspector is no longer required to be on the job site. This has become a major selling point in the age of Covid-19. Traditionally, keeping your valuable inspection or expert personnel safe from hazards like an exploding boiler have been limited to things like completing safety training, or OSHA certifications. Today, businesses also struggle to keep vital staff safe from the potential of a deadly virus. When inspectors use modern RVI including CloudVisit Remote Inspection software, they can do so from the safety of their home or any location with access to broadband internet. This eliminates potential liability and the risk of reducing the productivity of your workforce.

Advantages of Visual Testing and RVI

Visual Testing is probably one of the most cost-effective inspection techniques. In general, there is very little equipment required for VT when compared with other testing techniques. For the most part, you are using the inspector’s built-in ocular equipment, their eyes. In the case of CloudVisit Remote Inspection software, the only required hardware is a multi-media capable desktop computer with highspeed internet connection and a smart phone. This makes modern Remote Video Inspection very affordable when compared to volumetric testing equipment such as sonography. Furthermore, a mobile phone is far more portable than volumetric testing methods. For these reasons alone, modern VT has some major advantages compared to other NDT. However, when you couple in the reduction in an inspector’s travel time while using Remote Video Inspection for NDT, the cost savings increase exponentially.

Another key advantage of using visual testing for your inspection is that it requires minimal preparation. Within a Remote Video Inspection, the inspector directs the crewmember around a facility or jobsite. Most of the planning for the inspection is simply obtained by reviewing a project’s scope of work or other relevant documentation. This way, an inspection team can minimize the amount of preparation time.

When business inspection methods require non-destructive visual testing, CloudVisit Remote Inspection software can optimize overall workflow. Companies can often eliminate an inspection team’s travel expenses if they are required to conduct Visual Testing. All the while, organizations can leverage additional workforce safety, and further reduce costs by utilizing more affordable and portable hardware solutions like smart phones and basic personal computers. CloudVisit Remote Inspection software can be applied in both a production facility, as well as an installation at a jobsite. Through planning, which requires minimal preparation time, the software can even be used as a hybrid to document a project from inception to completion. Businesses will generally achieve greater cost benefits, by switching to a Remote Video Inspection business model. Ultimately, your customers, auditors and regulators will appreciate the immediate availability of test results from within the unique cloud storage infrastructure.

The future of non-destructive testing has already started. Schedule a demo of CloudVisit Remote Inspection today!