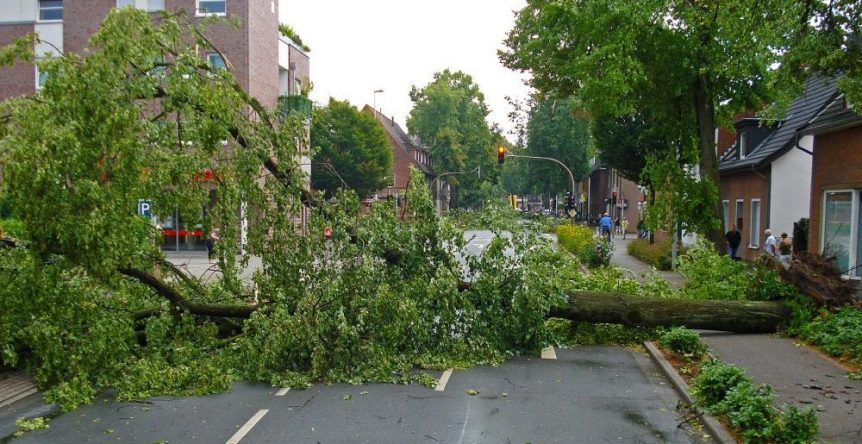 When Hurricane Isaias ripped through New York’s Hudson Valley on August 4, 2020, it decimated much of the region’s electrical grid. Hurricanes are generally unusual in the Northeastern United States, but the storms have been occurring on a more regular basis. When they occur, even reduced storms are prone to unleash devastating effects on the region’s power infrastructure. Hurricane Isaias was no exception. As unfortunate as the storm was, it presented the perfect use case for CloudVisit’s virtual inspection platform. It is time for communities and utilities alike to embrace new virtual inspection technology for assessing and mediating catastrophic storm damage from natural disasters.

During Isaias, the local deciduous trees proved to be no match for the 70 mile an hour wind gusts that unfurled widespread damage. The trees were swaying at what appeared to be 90-degree angles. As a result of the weather emergency, many area residents were left without power for upwards of four or five days, including this author.

After the natural disaster dissipated, extensive damage to powerlines was quite evident even without a virtual inspection. After a brief drive through the surrounding area, downed powerlines were obviously strewn across roadways prompting closures by local emergency responders. Traffic signals dangled precariously above major intersections and remained unilluminated. This left those that braved the outside world to guess as to whom had the right of way, because area volunteer firefighters and law enforcement officer resources were stretched too thin to direct traffic. Closer to home, half of a large maple tree straddled the top of the backyard shed. Meanwhile, across the street a tree leaned threateningly upon a powerline.

The tree leaning on the powerline was the total bane of the author’s existence. The storm arrived on Tuesday, but there was still no power upon departure for CloudVisit’s office on Friday morning. Upon returning home on Friday evening a local tree crew had finally arrived to remove the debris. While they began the monumental task of disemboweling the large tree, daylight started to wane. At approximately 6:30, an inspector from the local utility company arrived on site to survey the damage. Shortly later, a second inspector drove up in a separate car. Due to the size of the tree, it was apparent that the work would not be completed before dark. The two inspectors spent about 20 minutes discussing the situation with the tree service’s foreman. Soon after, the utility company employees drove off in their separate cars. The tree service packed up their signage and lowered their truck-mounted aerial lift. Then, presumably, they headed back to the staging area down the street where they dropped off their machinery and went home.

The next morning the tree crew returned promptly at 7:30 a.m. armed with chain saws and their aerial lift to resume work. As they completed the task of carefully removing the tree from the powerline, yet another inspection was required to ensure that the tree had been removed from the powerline. During the three separate inspections, the power company employees never left the ground. In fact, for the most part, the inspectors never got more than 20 yards from their car.

Additional time savings could have also been leveraged during the recovery from Hurricane Isaias. Within a virtual inspection, if the second expert’s opinion was required, he could have simply been added to the video conference session. There was simply no need to have two inspectors take the time to drive to the same job site at the same time. This scenario is wasteful for a business’s bottom line and it adds to delays in emergency response time. There were hundreds of down trees throughout the area following Isaias. With the time lost on every site inspection, power could have been restored much earlier had the utility company been utilizing Virtual Inspection.

Technology has continuously improved emergency response times throughout history. Countless lives were saved when firefighters switched from horse-drawn wagons to automobiles. CloudVisit’s Virtual Inspection software is simply a continuation in humanity’s quest for optimized disaster recovery. Improvements in how utilities respond to power outages will become more and more important as communities grapple with the increase of extreme weather conditions that have been plaguing the planet. With the overall cost and time savings of using virtual inspection technology can your utility company really afford not to start using Virtual Inspection in disaster recovery response?